Hello, everyone — I know I have been away for a while. Long suffering readers of this blog (all two of you) will recognize the pattern. Furious activity for days or weeks, followed by months of silence. However, this time there a really good and medically sound reason for it.

I have mentioned in other posts that I suffer from depression. Normally, I would leave it at that, but I want to give a more detailed explanation as to why this is pertinent to the blog. If you feel I am repeating myself and refusing to change anything, I beg you to read further.

On December 26th of 2019, I had an emotional breakdown that was frankly a long time coming. I’m not going into the particulars, because it’s something I am working on (more on that below), but I will say this. Ignorance is indeed bliss.

Normally, when I have a depressive episode, I ride it out and try to soldier through it. I know these episodes will come and go. I can maintain a mental and emotional fortitude long enough to get home to engage in other practices: writing, games, reading, listening to loud music on my headphones, screaming. With 80% of those methods come very close to being healthy, I have been able to keep the drumbeat of suicide to a minimum. I faced this new and very, very intense episode as best I could.

When my wife asked me what was wrong, why I was staying in the bedroom on the day after Christmas…I broke down. Not a dramatic single tears rolling down my cheek and me saying that I need help. I couldn’t summon up the fake smile and say ‘Everything is OK, I just wanted to not be underfoot while you got ready for work.’ It was an ugly, ugly cry with screams and sobs that I am certain disturbed her.

She did her best, to her credit, to try to comfort me, but I was honestly not having any of it. She did the next best thing and asked if it would help to talk to Charles–my brother-in-law who is a pastor. I said yes, because I knew I needed to talk to someone, and my wife had to go to work. She walked me over to the couch and sat me down. She went into the kitchen and I heard her talking to him. Keep in mind–this is the day after Christmas. These are still the holidays. Through my sniffling, I hear her say something and close the phone. She comes back into the room, gently puts her hand on my back and tells me that Charles will be over soon.

A normal drive from my house to where Charles lives is a little over an hour. Charles showed up under forty-five minutes. Wife left to go to work, I mumble an offer of something to drink out of habit which Charles politely declines. I offer a seat in the living room. I tell Charles everything. Every sorted detail of the origin of his particular break-down. My whole history from 1992 on up to today. I hold little back, and I wait for him to say that I’m really fucked up and on my own. My previous experience with family and depression is toxic to say the least.

Charles instead talks to me. He identifies the problem, he shows me different facets of it and calmly and without judging gives me advice. “I want you to read the book of Romans.” Let’s not forget he is a Southern Baptist Minister. I tell him that I’ll start on it today. After a few more words, he excuses himself. I walk to the door, and before he left, he looked right in my eyes and said something that no one in my family has ever said to me when depression hit: you are loved. You are worth it.

To my credit, I don’t cry again that day.

The next few days were filled with ups and downs. There are a couple of people (one of them might be reading this) who were kind enough to sit with me in Messenger and talk me through the lower episodes. The ones where I would sit in the middle of the kitchen and bawl over choices I made decades ago. The ones where the only say I cold comfort myself was to say that if I could hold out for payday, I could kill myself and end this torment. I had a very specific plan for suicide. A plan that hinged on gas prices not being as absurd as they were during the holidays.

Sadly, the holidays had to come to an end I had to get back to work. I again tried to do what I did best, what got me through ten years of customer service and the worst summer of my life: I tried to push on. A stiff upper lip in the finest British Tradition.

Depression shoved back hard. The crying jags and suicide ideation intruded into work. I would retreat to the bathroom often to try to stifle my crying. I took less lunches in the break room and more in my car, retreating to a lonely corner where I could be alone. 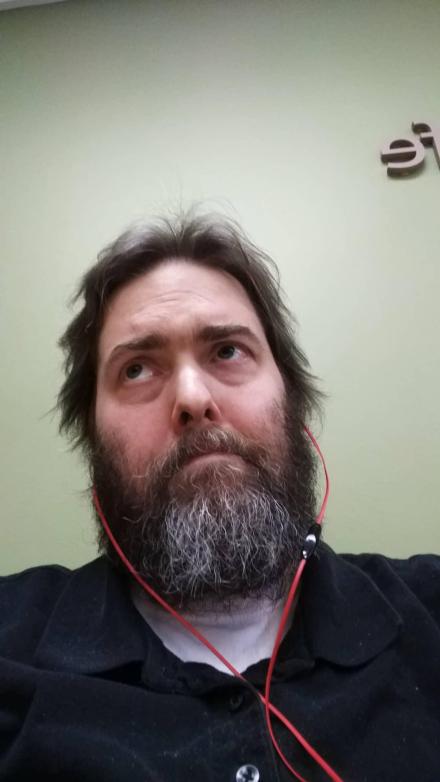 The highs were not getting as high, and the lows were crushing. Like metal being heated and then suddenly cooled, I knew I was going to break. I kept telling myself that I could get help later. Once the peak months are done, once the overtime is finished–then I can get some help. I just have to hold out one more day.

To be unflinchingly honest, Dear Reader–I was going to immolate myself. I wanted something sure, something reliable and something easy to get. Even looked it up online how long it would take to burn to death: 30 seconds to 2 minutes. I had spent the better part of over two decades in misery, what’s another two minutes worse case scenario? Did you also know that the brain does not distinguish between physical pain and emotional pain? So, before someone says ‘you just needed to toughen up’, I would ask you to break your own arm and imagine having that pain, that intense pain day after day, year after year for twenty-seven years.

Anyway, I came to the final realization that another crash was going to be it. I could not take that whiplash of emotions again. So, during break, I went into one of the unused offices and made some phone calls to find a counselor. I found one who was in my insurance network, had an opening and would see me…

Through a fresh set of choking tears, I told the person on the other end that I could not wait until next Monday. Keep in mind, this was a Thursday. These periods were coming and settling in longer. I knew that Saturday was going to be my last day. Even as one part of my mind exulted over the idea of my life coming to an end in a matter of days, the other part said to find help elsewhere. If there ever was a time to be the scrappy one, it was now.

The woman on the other line asked me if I intended to hurt myself, and I said yes. I had a plan, I was going to implement it if I couldn’t get help. She told me, in a very calm voice, that there was a mental health wellness facility that had outpatient services (which is what I was looking for). She asked me to wait and she would talk to them about getting me in immediately. While she talked on the other line, I tried to force down the tears (a family tradition) and got a pencil and paper handy. she came back and told me the address of the hospital, and they would have an outpatient meeting with me if I got there Right. Now.

Armed with the address, I walked back in and asked Terri, my supervisor, if I could see her privately for a moment. She walked me into her office, closed the door and I laid out almost everything. I didn’t tell her that I was two full gas cans and a nine hour drive away from dying, but I did tell her I needed help immediately, and that I was sorry to be throwing everything into disarray.

With that, I grabbed my things from my desk and walked out the door. Next Thursday, I think I’ll go into a little more detail about my arrival to the hospital.

2 thoughts on “The Three Hundred and Forty-Sixth Post: The One Where I Embody the Definition of Insanity…”