There is something wrong. I can’t put my finger on it. It’s like the Thatcher effect picture: 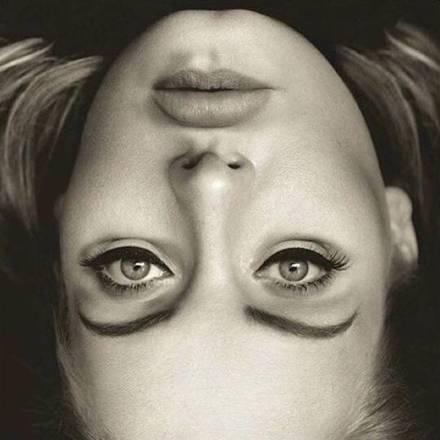 There is something just wrong—not even wrong: not-right. Something wrong can be found and fixed. It’s a matter of looking for the for the error and making the necessary adjustments. Squeaky door? WD-40. Pain in your knee? Take some medicine. Spouse making problems for you? Divorce them. Easy Peasy.

This isn’t something that can be fixed by either oil, opiates or writs of divorce. I can’t say anything else about it because I don’t know what it is. I just have this feeling of wrongness. I’ve asked a couple of close friends if they’re doing OK, and I might take Lisa’s charm to be with me tonight. The only other way I can explain this feeling is like hearing you name just as you fall asleep. You can’t tell if it’s from being in a hypnagogic state, or someone is trying to get your attention just before you skinny dip through the waves of the River Lethe.

Normally, I’ m pretty good a describing what I’m feeling for perceiving—for fuck’s sake, it’s my calling and vocation, but not today. All I can do is point out into that unfeeling dark void and say: it knows and hates us, as much as it know and hates itself. That’s not even a useful warning. Is it that there are forces arrayed against me? Is it that I didn’t cook the rib meat right? My toenails need trimming?

Today, my whole routine has been thrown in disarray. Dinner was ready a few minutes after I got home, the couch was crowed with clean clothes in need of folding. I watched a little more Critical Role (come back guys…), but then the feeling settled in. It rode in on the wings of a developing headache. This is also the second day I’ve had such a headache. Long time readers of this blog (all two of you) will know that I just don’t get headaches that often. When I do, there’s a good reason involving caffeine. I’ve also had problems sleeping, but I can track that to a magnesium deficiency which I am trying to correct.

I feel like I should be running down the street with a lantern screaming that God is not dead, but he was coughing up blood last night. I can only hope that either this feeling will disappear with the first light of dawn, or the source of this nameless unease will reveal itself to me in a dream.

Of course, having dreams means I’m having sleep. Those little slices of death do elude me currently. I’ll get an hour in, then my legs twitch me awake so I’ll walk around to try to alleviate them and settle back down for another two to three hour nap. Wash, rinse and repeat until frazzled.

Maybe that’s all this feeling is—just my brain trying to alert me to unhealth by firing off different neurons, being the odd soldier out who breaks the march to keep the bridge intact.

Or maybe, that hairline crack in the concrete under my foot is growing faster than I would care to admit.

One thought on “The Three Hundred and Forty-Seventh Post: The One Where I Am Interrupting My Narrative About Insanity By Sounding Even More Insane…”