A lot of times, the secondary protagonist serves the purpose to highlight the main protagonist.  Your main protagonist is a quiet, calculating type, so the best friend is the guns-blazing, shoot-first, second and third sort of person. Your protagonist is a sober sort of fellow who has to come in and bail out his best friend from jail…again.  This a rule that doesn’t need changing a whole lot.  In my last post, I talked about subverting tropes.  I intend to do that with this story, but there are some that shouldn’t muck around with.  This is one of them.

So – as our main protagonist is going to be the Harker-expy from Dracula (I am taking some things from the original text, only because I’m trying to get back to the notion that vampires are thins to be feared, not snuggled), our man Nigel is going to be a little more adventurous.  Hie might even be in the War ahead of Harker and have some responsibilities ahead of him, which no doubt has aged him a little, maybe made him a little more sober about such things.  Not as bad as some people, but we are going to see that war is indeed hell, and one of its Dukes has as of yet to arrive.

Will Nigel get hurt or killed at the hands of either our Harker-expy or Dracula himself?  Not really sure how that is going to fall out.  I’m torn between two camps: 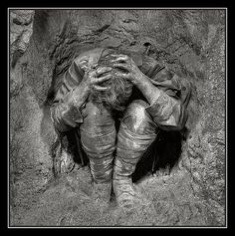 I am half tempted to have poor Nigel end up as the Dragon – the secondary antagonist (the best example of The Dragon is Darth Vader. Also point of trivia: ‘Dracula’ isn’t a name, but a title meaning ‘Son of the Dragon’.  Just sayin’) Ina the story.  This does strike as a little overdone, so maybe this will something I will come back to later on, after I have fleshed out the main antagonist and protagonist a little better.  For right now, Nigel gets to remain alive, sane and possibly a War pensioner by the end of the story.

Thanks for reading this and bearing with me while I blather on.  As always, if you’re generous and tech savvy, there is a bitcoin link to donate to.  I am working on getting something up like PayPal.  There are also book links on the right.  Feel free to look over those.  Next time, I might explore more of the timeline of this story.